Warning: count(): Parameter must be an array or an object that implements Countable in /home/v39ci6l4rpi1/public_html/wp-includes/class-wp-comment-query.php on line 405
Posted | 0 comments

This post will not consist of me shaming white women for voting primarily for Trump. However, this post will consist of my attempt to break down exactly why so many white women voted for Trump and against their own interests, seemingly. One explanation is that pro-Trump white women mistakenly believe we live in a post-feminist world, and I would venture to guess this misunderstanding arises from their experience of white privilege.
However, we must be careful not to mistake white privilege with equality, or with male privilege. Many people experience both white and male privilege, but they are two very different privileges. White women only experience white privilege, not male privilege, obviously, but maybe this fact is not so obvious. White privilege does not negate the need for feminism. White privilege and female oppression can exist simultaneously, but for some reason, these pro-Trump white women do not see either. They make the same mistake as many people with privilege--they assume they earned their privilege through hard work and dedication, or something like that. They make an interesting mistake as to their oppression as women, however. While they explain away their privilege as earned, they completely ignore their oppression as invalid.
Here's my theory, or a theory of mine--they have adopted the white, male narrative as their own without realizing it does not speak for them. I think this is because white men want oppressed people to be blind to their oppression, and white women are relatively easy to target because we have so much privilege already, being white. Hence, it's not too challenging to convince a white woman that she is not oppressed. At least, that seems to be the reality.
I find that theory to be incomplete, though, and thus unconvincing. There's another theory, and it goes along with the "pro woman line." In The Radical Therapist, Judith Brown writes, "The Pro-Woman Line insists that women are neither brainwashed nor 'conditioned' to servitude, but instead that at the moment we perceive that our chains are loosened, we will break the bonds and go free." She then goes on to define male supremacy as, "behavior which benefits men at the expense of women." She does not attach an actor to the behavior, so she cannot attach a gender to it. This means both men and women can perpetuate male supremacy through their behavior. The Pro-Woman Line suggests that women "participate," for lack of a better word, with their own oppression not because we are brainwashed or complicit in our oppression but because we get something out of it. In other words, we don't make waves, we blend in, we survive...maybe.
In the Redstockings Manifesto, it says, "We also reject the idea that women consent to or are to blame for their own oppression. Women's submission is not the result of brain-washing, stupidity or mental illness but of continual, daily pressure from men. We do not need to change ourselves, but to change men."
Women reported lying about voting for Hillary so as not to upset the men in their lives, i.e. their husbands. I would venture to guess some others just voted for Trump instead of lying about voting for Hillary because it was easier, and it was safer. Sometimes, it is safer for the oppressed to comply with their oppressor, and sometimes it is necessary for survival. Women in abusive relationships comply with their batterers all the time, and we do not blame them for their abuse. Well, we shouldn't, at least."
It then goes on to say, "Because we have lived so intimately with our oppressors, in isolation from each other, we have been kept from seeing our personal suffering as a political condition. This creates the illusion that a woman's relationship with her man is a matter of interplay between two unique personalities, and can be worked out individually. In reality, every such relationship is a class relationship, and the conflicts between individual men and women are political conflicts that can only be solved collectively." In other words, we are blind to our own oppression due to the very nature of our oppression--isolation.
So I will not blame white women for voting for Trump, but I will expect you to step out of your home, look around, accept the hand of a feminist reaching out to you, and learn about your oppression. Open your eyes. We cannot fight what we cannot see. It is not enough to have your own privilege. Everyone deserves equality. 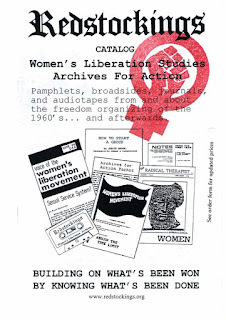 Warning: count(): Parameter must be an array or an object that implements Countable in /home/v39ci6l4rpi1/public_html/wp-includes/class-wp-comment-query.php on line 405