Day 1 of Trumpocracy: Being Female Today


Warning: count(): Parameter must be an array or an object that implements Countable in /nfs/c10/h14/mnt/149400/domains/emilycalvin.com/html/wp-includes/class-wp-comment-query.php on line 405
Posted | 0 comments

Most of my friends didn't sleep last night. Throughout the night, as I tossed and turned and cried and reset my news updates incessantly in hopes of a sudden turn of events, I received over 20 frantic text messages and a few missed calls. Last night, Trump won the presidential election of 2016. He beat Hillary Rodham Clinton, who won the popular vote but lost the electoral. Last night, I went to bed hoping to wake up to "Madame President Clinton," but instead, I woke up to a nightmare I can't undo.

One of my friends suggested I start a daily blog similar to the one I wrote in India but about being a woman during the Trump presidency. Here it is.

My friends in India have been messaging me hysterically. The entire world is watching in horror. We have elected an unqualified, hateful bigot over an overqualified woman who stood for unity and spent her entire career fighting for women and families.

I can't stop crying, and no, I'm not overreacting. I don't think I want to go into all the reasons why, as many others have already explained our fears in a far more articulate manner than I am currently able, but here is an example:

I accidentally started a birth control CR (consciousness raising) on Facebook. I posted candidly about my fears regarding IUDs, and for the past couple hours, the testimonies from women have been pouring into the comments section. Women have been sharing their love of the IUD, their horror stories, their fears, their satisfactions, their desires, and their pain. Women have reached out to me independently of my Facebook post to talk in depth about birth control options and experiences. We are all afraid for our bodily autonomy. I've seen what abortion reform, as opposed to repeal, does to women's rights--it chips away at them slowly, so no one notices, but steadily, like attrition. The war on women has just entered a new chapter, and we are panicking.

I have been answering messages all day about what we can do and how we can organize, but today is a day for self-care. That is why I'm not using this post to rant about all the damage a Trump presidency might do. I cannot predict the future. I only know what I am experiencing right now, and right now, I have never felt more disappointed, disillusioned, and terrified by my government and my country.

We all have to band together now more than ever. We must organize. We must fight back. We must never give up and let them win. We lost this battle, but the war wages on.

So mourn today, for tomorrow, we fight. 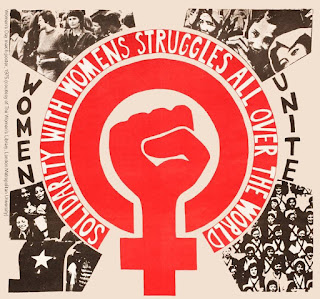 Warning: count(): Parameter must be an array or an object that implements Countable in /nfs/c10/h14/mnt/149400/domains/emilycalvin.com/html/wp-includes/class-wp-comment-query.php on line 405